You are visiting Telespazio in the UK

During a launch event at the Farnborough International Airshow, the Space Alliance has unveiled plans to boost the UK’s £16.5Bn space sector with the full backing of defence and security giants Leonardo and Thales, both of which have major UK-based operations.

The Space Alliance is a global partnership between Leonardo and Thales which brings together leading space technology companies Telespazio (a joint venture between Leonardo, 67%, and Thales, 33%) and Thales Alenia Space (a joint venture between Thales, 67%, and Leonardo, 33%), which collectively employ over 11,000 people worldwide. In response to the publication of the UK’s National Space Strategy and Defence Space Strategy, the Space Alliance is moving to invest in and focus on growth in the UK, backed by parent companies Leonardo and Thales.

The Space Alliance in the UK is a strong industry team that can draw also on the technologies and resources of Leonardo UK and Thales UK, both well established as national champions in their respective fields. Together, Leonardo and Thales spend £1.3Bn annually with over 4,000 companies in the UK and invest more than £250M every year in UK-based research and development. The team employs 14,000 people across 25 sites in England, Scotland, Wales and Northern Ireland. 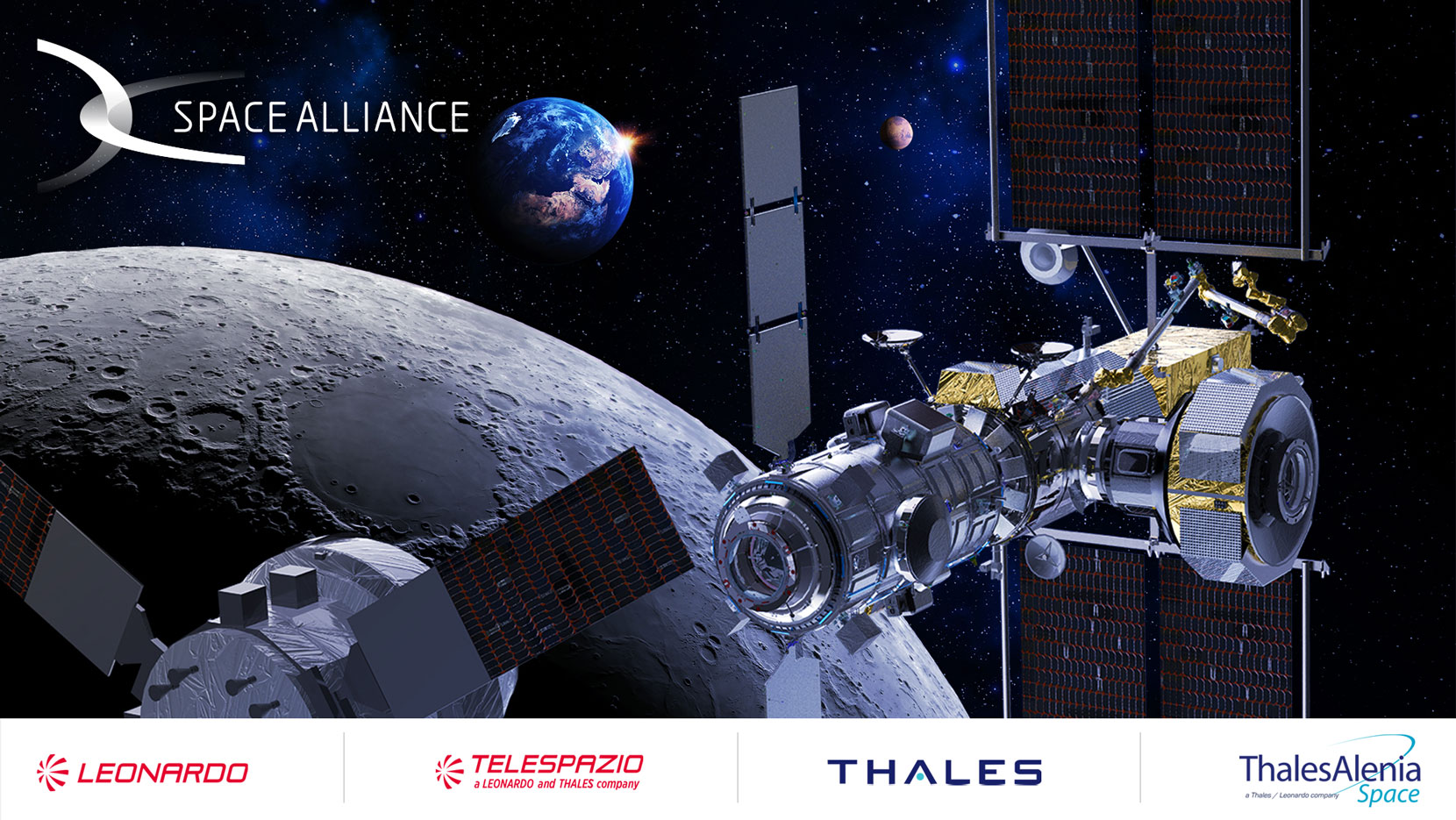 Space technology and expertise at these sites is already being used to protect and defend military assets and critical national infrastructure. Meanwhile, the collection of data from cutting-edge sensors in orbit is increasingly being utilised for vital decision-making. The complementary capabilities of Thales Alenia Space in satellite systems and Telespazio in the services associated with them provides the Space Alliance with all the necessary expertise to respond effectively to market needs.

In addition to bringing its existing onshore capabilities to bear in support of the National Space Strategy and Defence Space Strategy, the Alliance also plans to develop new skills and knowledge in the UK, drawing on its 60 years of involvement in major European space programmes. These have included the delivery of Galileo navigation services, military satellite communications programmes and the production and operation of the Copernicus Earth observation satellites.

Ian Annett, Deputy CEO of the UK Space Agency, said: “The UK has a thriving space sector, employing 47,000 people and generating an annual income of £16.5 billion. We are committed to growing this further by capitalising on the UK’s strengths, such as our leading small satellite industry, becoming the first country in Europe to offer launch capabilities and leading the way in space sustainability.

“We continue to work closely with partners from industry, with academia and across government to catalyse further investment, deliver new missions and capabilities, and champion space for the good of humanity. The Space Alliance will benefit from Thales and Leonardo’s strong track records of investing in the UK and renowned expertise, providing a further boost to the UK’s national space ambitions.”

A key part of the Space Alliance’s roadmap is to create a new generation of Space Apprenticeships, as projects such as NASA’s Artemis Moon Mission inspire a nationwide interest in space last seen around the original Moon landing in the 1960s. As part of an international team that includes several British companies, the Space Alliance is already working to create communications and navigation services on the Moon as part of the European Space Agency’s Moonlight project. Moonlight’s aim is to support the commercial and government missions that, in the second half of the decade, will explore the Moon and help develop a lunar economy. By offering such interesting, meaningful work and a route to highly skilled, well-paid jobs, the Space Alliance in UK will help pave the way to British leadership in space engineering.

Chair and CEO of Leonardo UK, Norman Bone, said: “The UK has a vibrant space industry with Leonardo, Thales and the Space Alliance already playing an active role. In the national space strategy, we see real potential to unlock further growth. This is a great sector for our young scientists and engineers to contribute to something truly meaningful and, by inspiring the next generation and providing great opportunities for fulfilling work, we can build an innovative and attractive space economy in the UK. Leonardo and Thales both offer outstanding early careers opportunities and we’re keen to expand these programmes via our space sector companies.”

CEO of Thales UK, Alex Cresswell, said: “Research and innovation are at the heart of both the defence and security sector and the space sector. Thales and Leonardo are both major inward investors in the UK and have developed a number of unique onshore capabilities with direct read across to the space sector. Our ongoing research into technologies such as AI and digital twins will be available for exploitation by the Space Alliance In the UK in support of the National Space Strategy, which itself brings together civil and defence policy for the first time, and the Defence Space Strategy.”

CEO of Telespazio UK, Mark Hewer, said: “Our group can bring to bear so much knowledge and investment into the UK, whether leveraging on our delivery of global satellite communications, operating major international earth observation missions and exploiting the power of big data on security and climate issues, to delivering actionable intelligence and domain awareness to commercial and military customers. As we look to advance the UK’s space capabilities, companies like Telespazio and Thales Alenia Space will be able to combine UK onshore research and engineering with international collaboration to help realise the UK’s vision of becoming a leading space nation.”

CEO of Thales Alenia Space in the UK, Andrew Stanniland, said: “We depend on space for our prosperity and security, so it’s no wonder that The UK space sector is growing faster than the rest of the UK economy. With the backing of our multinational parent companies, the Space Alliance will be able to act as a catalyst for this growth. Our plan will see us develop valuable intellectual property in the UK and draw on the best of our European heritage to strengthen our onshore expertise. It’s a really exciting time to be part of the sector.”