You are visiting Telespazio in the UK

Space and the environment

How are the satellites orbiting in space linked with such an “earthly” issue as environment protection? What role do satellites and the Telespazio group play within the sustainability and climate change fight? Read on to find out more.

It may not appear obvious at a first glance, but even though they seem to be so distant, space and environmental protection are two worlds much closer than we think.

Observation satellites orbiting around Earth, for instance, allow us to measure and examine the health of our planet, investigating its deserts, glacier movements or forest extension and provide us with a clear picture of everything that takes place on its surface.

These observation satellites also collect a mass of data which when carefully analysed are essential for prevention activities and for the forecasting of future trends of the health of our planet. They support the management of land - and of such precious and limited resources, as water and soil in key sectors like agriculture or city planning.

The link between space and the environment, however, is not limited to earth observation. Communication and Positioning and Navigation satellites also play a significant - even though less evident, at first glance, role in environmental protection and in the management of the emergencies associated with climate change.

Positioning and navigation satellites can pin point our position anywhere on the planet’s surface as well as showing us the way home on our smartphones!  They have also become essential for the protection of ecosystems; scientists are able to monitor the movements of wild animals using these satellites and with the data, they produce measure the impact of mankind on their habitat.

Finally, we should also mention weather satellites, steady watchers of our skies and essential instruments for weather forecasting.

Space, in fact, is an actual “enabler” of new services and applications capable of helping mankind to continue on the sustainability path and to understand and fight climate change. 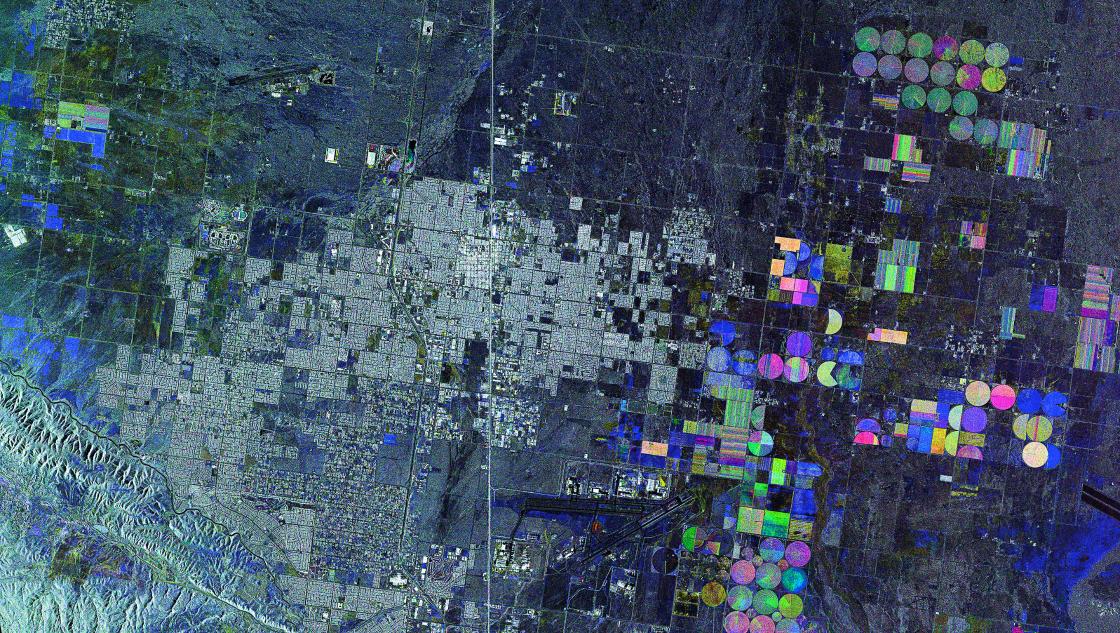 Space and climate change, the role of Telespazio

Just a few months ago, the researchers of the European Joint Research Center (JRC) published a study about the condition of the world shores. Unfortunately, the results are alarming: the scientists, analysing the satellite data, speculated that, because of climate change, “within the end of the century half the beaches in the world will be subject to erosion exceeding one hundred metres” and that some of them “will completely disappear”.

Satellites raised the alarm, and satellites can help understand the issue and limit damage.

Recently, Telespazio, through its British subsidiary, signed a contract with the European Space Agency (ESA) for the development of a solution capable of studying, through the data provided by satellites, the erosion of the Australian Gold Coast, one of the most famous beaches in the world, popular amongst tourists and surfers all year round.

The project of Telespazio UK, in collaboration with the Griffith Centre for Coastal Management, will help local authorities find better solutions to mitigate the impact of erosion and to keep the beauty of the beach as intact as possible. The project, once completed and presented at the next World Climate Summit (COP26, Glasgow 2021), will be subsequently used in other areas of the planet.

In this case, satellite data can enable a new technological solution capable of preventing shore erosion as well as its consequences, both environmental and economic, on a whole community.

The project, in which e-Geos - a Telespazio (80%) and ASI (20%) company - took part in bringing its whole experience in the geo-information field, has, integrated satellite data with “traditional” census numbers to identify and fight a phenomenon that climate change has made increasingly common: “urban heat islands”, i.e. the city areas where thermal anomalies gather during the summer months.

As part of this project, E-GEOS provided the nighttime temperature data in the Milan area during the heat waves in the 2015 to 2018 summer months. This data, integrated with population statistical data, allowed for the creation of risk maps capable of helping city authorities provide tools to implement possible corrective action in both the civil protection and city planning areas.

COSMO-SkyMED – the watcher of ice

September 2010, North-West Greenland. Global warming triggers the detachment of over 250 square kilometres of ice from the main body of the Petermann Glacier. The iceberg, four times the size of Manhattan, starts its voyage drifting in the Nares Strait.

Four hundred kilometres above, the continuous passages of the Italian COSMO-SkyMed satellites funded by the Italian Space Agency (ASI) and of the Italian Ministry of Defence observe the course and the evolution of the iceberg until it breaks up. The data collected provides important scientific information to the entire international community as well as commercial information to ships in transit.

The observations of COSMO-SkyMed on the Petermann Glacier are one of many surveys carried out by the Italian constellation, which, over time, has repeatedly proven its essential role in the observation of the most evident consequences of global warming.

Telespazio, e-GEOS and the whole Leonardo group play a key role in COSMO-SkyMED: the Fucino Space Centre of Telespazio, for instance, houses the Control Centre for the constellation, whilst e-GEOS acquires the satellite data for civil applications and markets them worldwide.

The Leonardo group of companies are also involved, through the participation of e-GEOS in ARCSAR (Arctic Security and Emergency Preparedness Network), in ice protection. This  initiative promoted by the European Union and led by the Joint Rescue and Coordination Center Northern Norway, involves 21 research bodies and authorities of 13 countries; e-GEOS, is the sole industrial partner in the project .

The project, started in 2019 and lasting 5 years, is aiming - through the technology and information of e-GEOS- at advancing the discussion about aspects concerning security, emergency response and technological and sustainable development of the Arctic.

The whole of the Telespazio group is committed to sustainability. It is a commitment that has deep root in our business and aims at limiting the company’s impact on the environment as much as possible thanks to tangible daily actions.

Telespazio is a long-standing industrial partner of Copernicus, the constellation of Earth Observation satellites, funded by the European Commission and the ESA that observes the planet and picks up through the various eyes aboard the “sentinels”, all its nuances and changes. e-GEOS plays a leading role within the consortium, which includes its GAF-AG subsidiary and Telespazio Iberica among its members. The Copernicus satellites provide satellite maps for the Emergency Management Service (EMS), which is essential for the management of rescue operations in case of emergencies or natural disasters.

Telespazio also plays an historical role in the other threads that link sustainability and space, such as satellite communications, whether they are associated with mobile phones or TV broadcasting, and satellite positioning and navigation. The Fucino Space Center in Italy, for instance, houses one of the Ground Control Centres (GCC) managing the Galileo European system. Moreover, Spaceopal, a company set up by Telespazio and the DLR German Space Agency, handles the operation of the whole fleet of Galileo satellites, thus ensuring this service to the world community.

The commitment of the Telespazio group towards sustainability is also aimed at minimising the company impact on the planet as much as possible. Last year, for instance, the whole group decided to be plastic free and to eliminate plastic consumption at all its facilities in Italy and abroad. We are also introducing electric cars or cars with low environmental impact in the company car fleet.

Our long-term goal is to be a responsible and sustainable company; we therefore continue to focus our activities on our planet and its protection.